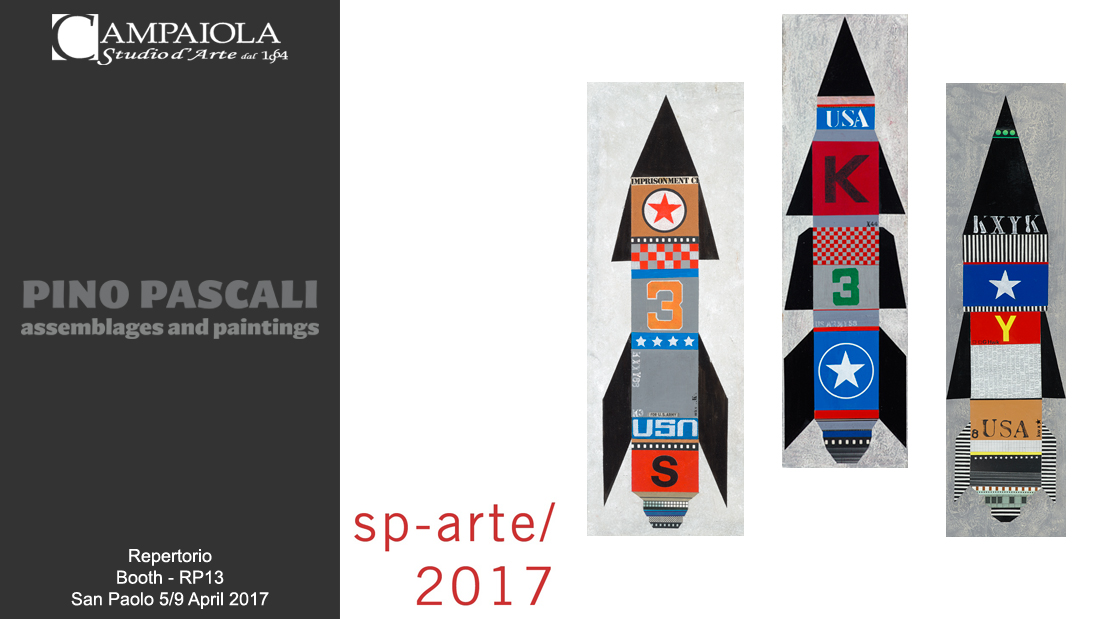 Posted at 14:40h in Senza categoria by Emiliano Campaiola
Condividi

Pino Pascali was born in Bari, Italy in 1935. In 1956 he enrolled at the Accademia di Belle Arti in Rome, on the scenic design course held by Peppino Piccolo. He also studied under the guidance of Toti Scialoja, whose open teaching approach encouraged students to experiment with diverse mediums and forms. In the context of the Accademia, Pascali met fellow Arte Povera artist Jannis Kounellis. In 1965 he held his first solo show in Rome, at the prestigious gallery “La Tartaruga”. In the space of only three years he had made a name for himself and had attracted the attention of several major Italian art critics and leading gallery owners such as Sargentini, Sperone, Iolas (who exhibited his works in Paris in 1968). In 1966, Pascali had a solo exhibition at the L’Attico Gallery in Rome. It was through this exhibition that he first showed his “fake sculptures” a series of shaped-canvases that first appear to be solid sculptures but are actually paintings that present abstract forms suggesting animals, plants and landscapes. In the summer of 1968 he was invited to show his works at the 34th Venice Biennale where he was given his own personal room. Pino Pascali died a tragic and premature death in Rome on the 11th of September 1968. He was definitely the most famous internationally throughout the 1900s. Pascali was only 33 years old when he passed away.

“I was born in 1935. The first games I played were based most of all on war. My toys were piles of objects found in the house, which represented weapons. For example, a bean became a bullet, a broomstick and a box held together with a rubber band became a rifle, a rolled-up piece of paper tied to a stool was a cannon, a saucepan was a helmet, two pieces of wood nailed together were a sabre, three pieces of wood an aeroplane and so on. The way I played with other children was largely based on the war-heroism representation of the grown-ups “.